Tom Wolfe's The Electric Kool-Aid Acid Test ushered in an era of New Journalism, "An American classic" (Newsweek) that defined a generation. "An astonishing book" (The New York Times Book Review) and an unflinching portrait of Ken Kesey, his Merry Pranksters, LSD, and the 1960s.

Tom Wolfe (1930-2018) was one of the founders of the New Journalism movement and the author of such contemporary classics as The Electric Kool-Aid Acid Test, The Right Stuff, and Radical Chic & Mau-Mauing the Flak Catchers, as well as the novels The Bonfire of the Vanities, A Man in Full, and I Am Charlotte Simmons. As a reporter, he wrote articles for The Washington Post, the New York Herald Tribune, Esquire, and New York magazine, and is credited with coining the term, “The Me Decade.”

“Tom Wolfe is a groove and a gas. Everyone should send him money and other fine things. Hats off to Tom Wolfe!” —Terry Southern

“The Electric Kool-Aid Acid Test is not simply the best book on the hippies, it is the essential book . . . the pushing, ballooning heart of the matter . . . Vibrating dazzle!” —The New York Times

“An amazing book . . . A book that definitely gives Wolfe the edge on the nonfiction novel.” —The Village Voice

“Among journalists, Wolfe is a genuine poet; what makes him so good is his ability to get inside, to not merely describe (although he is a superb reporter), but to get under the skin of a phenomenon and transmit its metabolic rhythm.” —Newsweek

END_OF_DOCUMENT_TOKEN_TO_BE_REPLACED 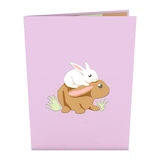 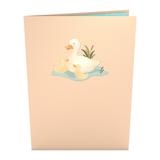