August Pullman believes he is normal, in every sense but in the physical. But it is not so. His physical appearance, especially his head -- from his cauliflower ears to his cleft lip and mis-aligned jaw to his droopy eyes makes being "normal" not an option. He neither looks nor behaves normally. In some ways, he is younger than his age, self-focused and indulged by his family, including his older sister who had never once in his existence put her needs over his. In other ways, since he has had to brave the shock and embarrassed responses of strangers, he is wise, acknowledging that these people are not being mean or rude, just normal. If he encountered someone who looked like himself, he too would look away; it is a normal response.

For me, the book's cover art is all wrong. I began reading, believing Augie's "facial deformity" was the lack of an eye, nose and mouth.  That must be difficult to overcome, I thought.  So, it was a miniature shock to me not only did the artist not follow author R.J. Palacio's descriptions, the author and editors approved of the cover art. Was this a deliberate attempt to allow readers their own imagination to run wild, thinking about how much of a turtle Augie looks like, especially when he's eating?

The chapters are a series of first-person narratives, beginning with a long stretch of Augie, but then, rapidly moving to Augie's new friend Summer, to his sister Olivia to Olivia's boyfriend Justin, to reluctant friend Jack and ultimately, back to August. Throw in a facebook exchange, with deliberate misspellings and all ("frenz"?) and we can see that this really is a book written with the young crowd in mind. Palacio has feelings, words and actions of fifth graders as well as high schoolers spot-on. Yet, it makes a great read for adults, too.  I see this as a parent-child book club natural.  Nonetheless, while I appreciate ungrammatical sentences like, "Me and ..." written in the spirit of reflecting real dialogue, I truly believe we as writers can do better when it comes to narrating.  I bet Augie would have agreed if he had had any say in the matter.

For anyone who has or knows a "special" person and as a result, yearns not to have her life defined by being Augie's sister or mother or friend, and yet feels guilty by such a normal response, this book will resonate.

— From Carolyn's Reading for You

“This is one of the most uplifting stories to come along in a while. Fifth-grader Auggie is a normal kid, except that he has been homeschooled till now because of a facial deformity that he has had since birth. This is a story of acceptance -- a story about going beyond the surface to get to know someone. Great family and classmate relationships ring true and make this a story that can make you both laugh and cry, and one you will never forget.”
— Becky Anderson, Anderson's Bookshop, Naperville, IL

Kindness brings us together no matter how far apart we are. Millions of people have read the #1 New York Times bestseller WONDER and fallen in love with Auggie Pullman, an ordinary boy with an extraordinary face.

The book that inspired the Choose Kind movement, a major motion picture, and the critically acclaimed graphic novel White Bird.

I won't describe what I look like. Whatever you're thinking, it's probably worse.

August Pullman was born with a facial difference that, up until now, has prevented him from going to a mainstream school. Starting 5th grade at Beecher Prep, he wants nothing more than to be treated as an ordinary kid—but his new classmates can’t get past Auggie’s extraordinary face. WONDER, now a #1 New York Times bestseller and included on the Texas Bluebonnet Award master list, begins from Auggie’s point of view, but soon switches to include his classmates, his sister, her boyfriend, and others. These perspectives converge in a portrait of one community’s struggle with empathy, compassion, and acceptance.

"Wonder is the best kids' book of the year," said Emily Bazelon, senior editor at Slate.com and author of Sticks and Stones: Defeating the Culture of Bullying and Rediscovering the Power of Character and Empathy. In a world where bullying among young people is an epidemic, this is a refreshing new narrative full of heart and hope. R.J. Palacio has called her debut novel “a meditation on kindness” —indeed, every reader will come away with a greater appreciation for the simple courage of friendship. Auggie is a hero to root for, a diamond in the rough who proves that you can’t blend in when you were born to stand out.

R. J. PALACIO lives in NYC with her husband, two sons, and two dogs. For more than twenty years, she was an art director and graphic designer, designing book jackets for other people while waiting for the perfect time in her life to start writing her own novel. But one day several years ago, a chance encounter with an extraordinary child in front of an ice cream store made R. J. realize that the perfect time to write that novel had finally come. Wonder is her first novel. She did not design the cover, but she sure does love it.

Learn more about R.J. Palacio and the world of Wonder at wonderthebook.com.

A Booklist Best of Children's Books

Slate:
"Wonder is the best kids' book of the year."

Entertainment Weekly:
"In a wonder of a debut, Palacio has written a crackling page-turner filled with characters you can't help but root for."

The New York Times:
"Rich and memorable...It's Auggie and the rest of the children who are the real heart of 'Wonder,' and Palacio captures the voices of girls and boys, fifth graders and teenagers, with equal skill."

The Wall Street Journal:
"What makes R.J. Palacio's debut novel so remarkable, and so lovely, is the uncommon generosity with which she tells Auggie's story…The result is a beautiful, funny and sometimes sob-making story of quiet transformation.”

The Huffington Post:
"It's in the bigger themes that Palacio's writing shines. This book is a glorious exploration of the nature of friendship, tenacity, fear, and most importantly, kindness."

"Full of heart, full of truth, Wonder is a book about seeing the beauty that's all around us.  I dare you not to fall in love with Auggie Pullman."
- Rebecca Stead, Newbery award-winning author of When You Reach Me

"It is the deceptive simplicity and honesty of the work that make Wonder so memorable. Every single character seems real and well drawn and oh-so human...This book is beautiful." - Christopher Paul Curtis, Newbery award-winning author of Bud, Not Buddy

"A beautiful story of kindness and courage. There are many real and well-developed characters, and they each have their shining moments. Of course, Auggie shines the brightest." - Clare Vanderpool, Newbery award-winning author of Moon Over Manifest

"Wonder is a beautifully told story about heartache, love, and the value of human life. One comes away from it wanting to be a better person." - Patricia Reilly Giff, two-time Newbery honor-winning author of Lily's Crossing and Pictures of Hollis Woods

"Wonder is a shining jewel of a story that cannot help but encourage readers of all ages to do better, to be better, in how they treat others in life. I'm totally in love with this novel."  - Trudy Ludwig, anti-bullying advocate and author of My Secret Bully, Confessions of a Former Bully, Better Than You, and Just Kidding

Starred Review, Publishers Weekly:
“Few first novels pack more of a punch: it's a rare story with the power to open eyes--and hearts--to what it's like to be singled out for a difference you can't control, when all you want is to be just another face in the crowd.”

Starred Review, Booklist:
“Palacio makes it feel not only effortless but downright graceful, and by the stand-up-and-cheer conclusion, readers will be doing just that, and feeling as if they are part of this troubled but ultimately warm-hearted community.”

Starred Review, School Library Journal:
"Palacio has an exceptional knack for writing realistic conversation and describing the thoughts and emotions of the characters...A well-written, thought-provoking book."

END_OF_DOCUMENT_TOKEN_TO_BE_REPLACED 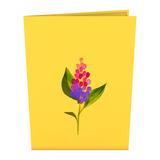