Home » Gems on Our Shelves » Buy Local About Local 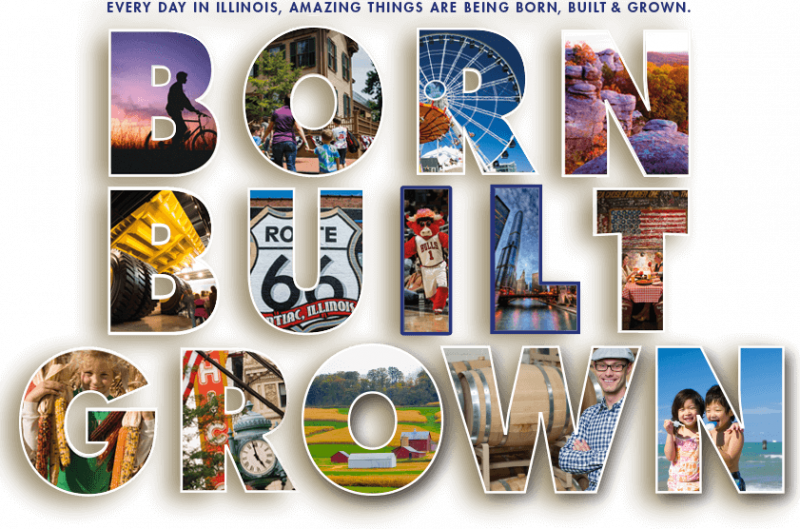 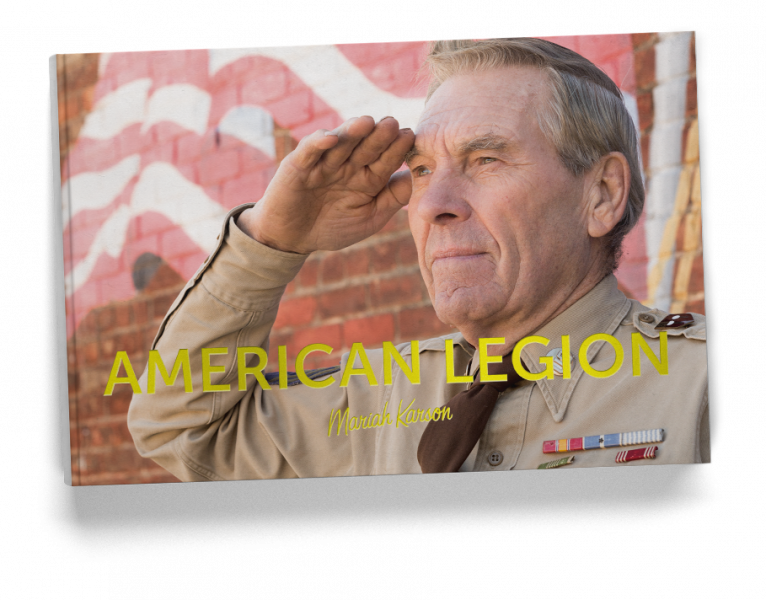 Mariah Karson is an award-winning photographer based in Chicago, IL.  Roadtripping across the country, she was struck by the American Legion buildings prominently situated in small towns.  How do they stay maintained and relevant?  What happens inside them? From those questions, Mariah set out to find out more, focusing on four American Legion Halls in towns with less than 1000 residents, including Franklin Grove, IL.  She photographed and researched not only the buildings themselves, but also the veterans who rely on them for sense of community as a fast-paced world whirls around them and "Thank you for your service," falls as easily from the lips as "How're doing?," with no conscious thought or pause for response.
This book is a documentary of what may be lost within just a few moments.  Books on First not only gives thanks to the veterans of our military for their service, but also, to Mariah for hers.

It Can't Get More Local Than This

One hundred thirty-three years after Frank Charles Thiel, a young Bible salesman, was found slain in what is later known as Bloody Gulch, great-grandnephew John Thiel has published the definitive history of the gruesome murder and subsequent arrest & trial of Joseph Mosse, on whose person was found an Elgin National Watch Co watch chain thought to belong to the murder victim. 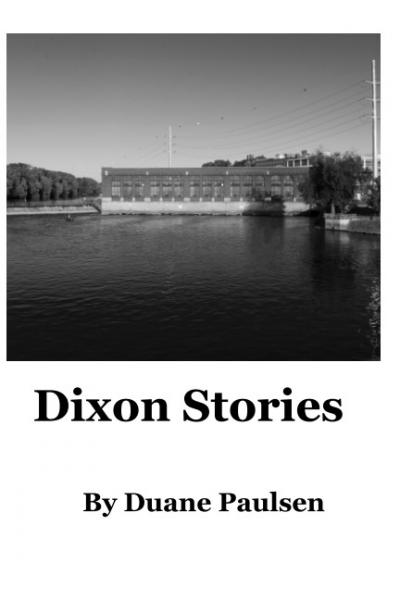 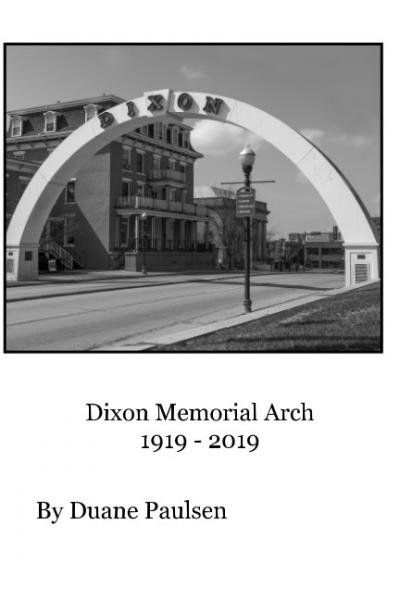 Duane Paulsen, nearing 82 years old and contemplating his mortality, has begun compiling his notes from primary source research and interviews, and presenting them in book form for our reading pleasure.

Read about Billy Sunday's visit to Dixon, the intercity lightrail, the largest Chatauqua gatherings outside of New York and more.  Dixon Stories is now here at Books on First.  Copies signed by the author are, as they say, available for a limited time only.

And, did you know that there were dozens of temporary memorial arches erected to welcome the soldiers home in 1919? Most of them are long gone, but Dixon wanted to preserve theirs, rebuilding it over and over again so that it is what welcomes everyone to Dixon today.  See Duane Paulsen's interview with WREX as we commemorate 100 years of the Dixon Memorial Arch, and get his book at Books on First.

Not Your Usual Book About Dixon

A.K. (aka "Erin") Thompson spent four years working on this biography of the founding family of Dixon's own Katherine Shaw Bethea Hospital.  Full of personal anguish and period history, this is not just local, but a larger story of a time when finding high quality health care was like pioneering.  The title comes from the headline of Katherine Shaw Bethea's own obituary, whose struggle with and death from tuberculosis resulted in the legacy that still bears her name today.

Now for sale ($19.95) at Books on First.  Call 815-285-2665 or write us for your copy today!
Inspired in part by the Nachusa Grasslands,
Author Guy C Fraker's new book
Lincoln's Ladder to the Presidency:
The Eighth Judicial Circuit
tells of how hard work, long days on the prairie, and some savvy networking can
pave a way to the White House.

And, If You're Looking for Books on Dixon's Most Famous Former Resident, Look No Further Than Here

ISBN: 9781478795070
Availability: Usually Ships Out to You in 3-7 Business Days
This book is nonreturnable. Once we accept this order, it cannot be cancelled and your payment will not be refunded.
Published: Outskirts Press - March 9th, 2018

This is the story of a daring save in 1859 of a runaway slave found to be not guilty of any charges in Illinois, but scheduled to be remanded to a U.S. Commission in Springfield to face charges of violation of a federal fugitive slave law and a return to his owner in Missouri, and the subsequent capture and trial of these Illinoisans in Chicago.

This may be fiction, but David Mamet's writing simply oozes Chicago history -- writ small and large, like his Pulitzer Prize-winning play, "Glengarry Glen Ross" and this, his first novel in two decades, about 1920s mobbed-up Windy City.

The Score of a Lifetime: 25 Years Talking Chicago Sports (Hardcover)

From Fear to Friendship: Dixon, Illiis, and Dikson, Siberia (Paperback)

Written by retired Sauk Valley Newspaper publisher Bill Shaw who lives half-time in Dixon, IL and other times in Costa Rica, Mexico and other interesting places, we currently have a few hardcover copies of this Hard to Find book. Call us at 815-285-2665 for more information.

Punks in Peoria: Making a Scene in the American Heartland (Music in American Life #1) (Paperback)

The Iron Road in the Prairie State: The Story of Illinois Railroading (Railroads Past and Present) (Hardcover)

City of Scoundrels: The 12 Days of Disaster That Gave Birth to Modern Chicago (Paperback)

Kingdom of Nauvoo: The Rise and Fall of a Religious Empire on the American Frontier (Paperback)

Starved Rock State Park: The Work of the CCC Along the I&m Canal (Images of America (Arcadia Publishing)) (Paperback)

Rockford: 1920 and Beyond (Paperback)

Ramblers: Loyola Chicago 1963 -- The Team That Changed the Color of College Basketball (Paperback)

The Society of the Living Dead: The Illustrated History of Ottawa's Radium Dial Scandal (America Through Time) (Paperback)

One More Time: The Best of Mike Royko (Paperback)

Lincoln's Greatest Case: The River, the Bridge, and the Making of America (Paperback)

END_OF_DOCUMENT_TOKEN_TO_BE_REPLACED

Tim's Bees Have Been Busy and the Honey is Back!

HONEY from Tim's BEES flying around FRANKLIN GROVE, IL
Two types of honey now available in beautiful 12-oz jars:
Prairie Wildflowers -- unadulterally whatever the bees are inclined to like and Echinaea -- from Tim's special stash
It's been said that local honey is great for warding off bad germs and aiding in the relief of sinus/breathing difficulties.  Regardless, it tastes great!
And What a Great Gift Idea!
Stock Up Now!